The Dream is a piece of public art situated next to the M62 between Manchester and Liverpool, built on the site of an old colliery. The sculpture depicts the head of a young woman, eyes closed in a meditative dream-like state.

It was constructed of 90 moulded and cast unique concrete shapes with Spanish dolomite used as an aggregate. This provides a brilliant white finish which sparkles on sunny days and creates a stunning visual impact; a stark contrast to the dark coal pit which still lies below.

Quadriga were employed to sympathetically clean the Dream before its ten year anniversary. Work began on 13th May and lasted two weeks, ensuring the sculpture was in perfect condition for the celebrations. 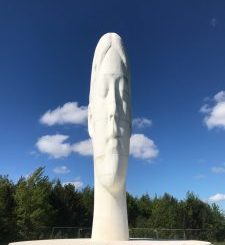 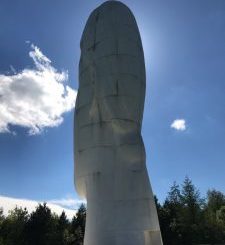 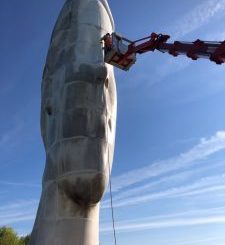 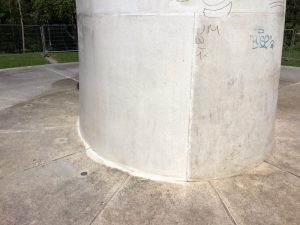 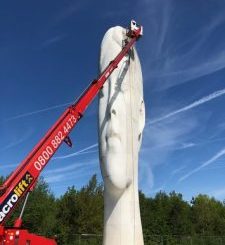