The THI is a Heritage Lottery Fund’s grant giving programme for the repair and regeneration of the historic environment in towns and cities throughout the UK. The THI offers funding for comprehensive and targeted programmes of repair, re-use and enhancement of historic urban areas.

Skelton Village’s Civic Pride was formed in 2011 by local residents who recognised the need for improvements to be carried out to the environment of the four Skelton villages.

With the aid of a seed grant from the Tees Valley Rural Community and technical support from Redcar & Cleveland Borough Council a bid to the Heritage Lottery fund was submitted in August 2014, a development grant was approved by HLF, allowing Skelton Village Civic Pride and its partners to employ a project manager and a range of specialist consultants. A round 2 proposal was submitted in 2016 and a HLF award for £952,200 was recieved. Contributions have also been received from Redcar & Cleveland Borough Council, Skelton Villages Civic Pride, Skelton and Gilling Estates, Skelton Brotton Parish Council and local businesses.

Quadriga were instruction early in 2017 and work has now began on site to shop fronts as part of phase 1. Works include facade restoration, exposure of original features, replacement shop fronts to a design more in keeping with heritage styles along with new signage and guttering. 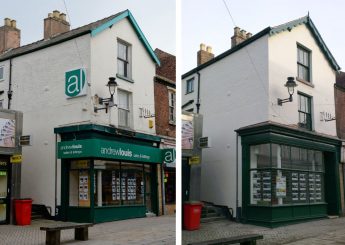 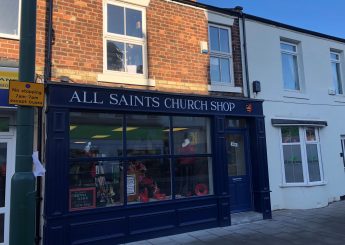